Posted by MauiMacMan at 4:46 PM No comments:

Kalama Park Life in the Trees

Posted by MauiMacMan at 5:12 PM No comments:

Earth Days are celebrated mostly unseen by the bug of the earth. This one got captured doing an outrageous and famous "Dance of the Bug Diva"

Posted by MauiMacMan at 11:27 AM No comments:

Posted by MauiMacMan at 5:06 PM No comments:

Navigating the Crossroads of Old and New Electronics

Thanks to the red bull competition (#rbcreation ), I have dived full force into the world of microcomputers and incumbent electronics.

I had been playing a bit with Arduino, a microcomputer of Many shapes and forms, and now with the addition of the TurBull Encabulator, I am saturated with learning curves (I'm not so sure I am ready for; writing code and making circuits using the Arduino programming environment, to make lights light up [ http://youtu.be/PAsHHzkHoGI ], buzzers buzz and employing various ways to sense and respond the world around us.

I'm using the various sensors that came with the Arduino Experimenters Kit I received from sparkfun.com along with other parts from adafruit.com, two of the main suppliers of hobbyist electronics.

I must share my Dear Mom collects things and now I realize I do too. AS A LIGHT PAINTER, I am addicted to all things RGB.

Case in point last night was techno-Tuesday. Matt and Lorraine came over which led to the following pictures

We made some great images [LINK] and performed awesome experiments in light painting...using a single strip of LEDs mounted on the rotating ceiling fan [LINK].

I had been thinking motor but now our thinking has shifted to maybe using a mounted bicycle wheel. So that's our next project...making that Wheel Controller, happen with incumbent sensors and electronics; for the RedBull competition. Judging comes in June after submissions due May 5 only 10 days away are created on video.

Matt came up with a great idea of using first Friday in Wailuku, to videotape our submission in real life with people interacting with it! 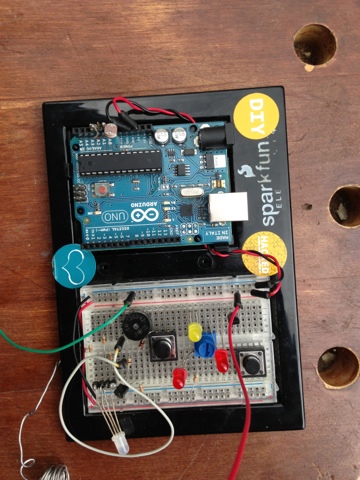 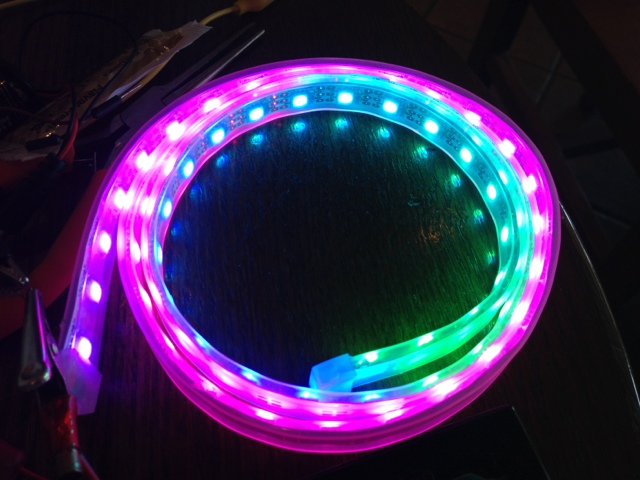 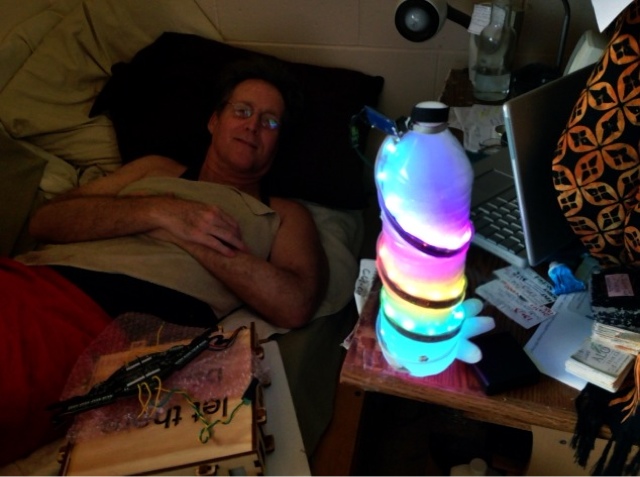 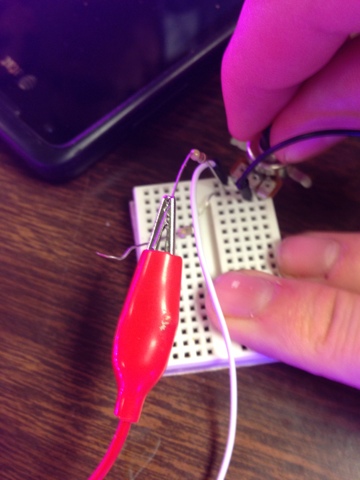 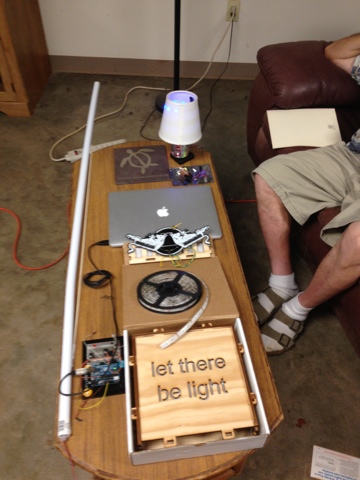 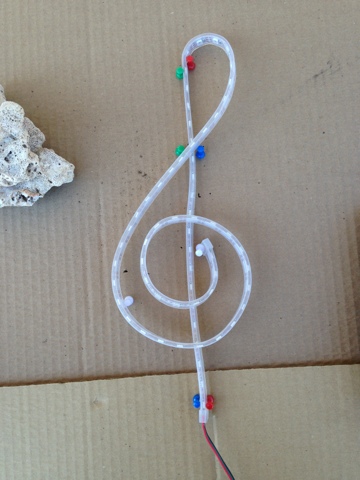 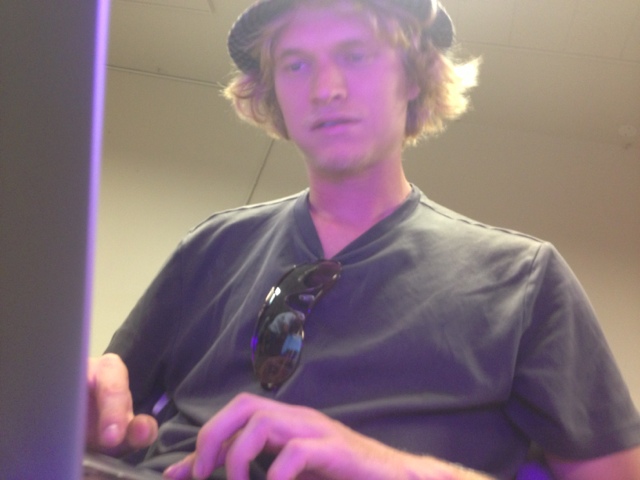 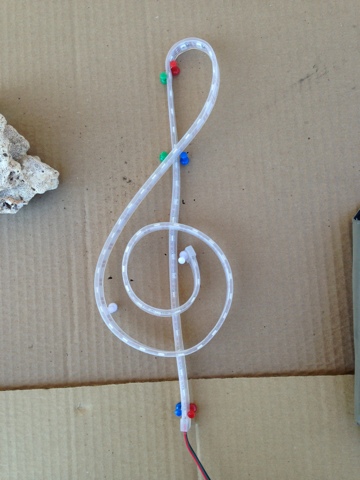 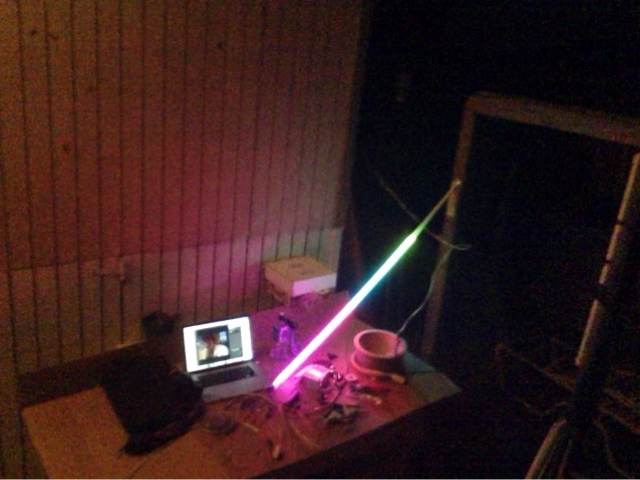 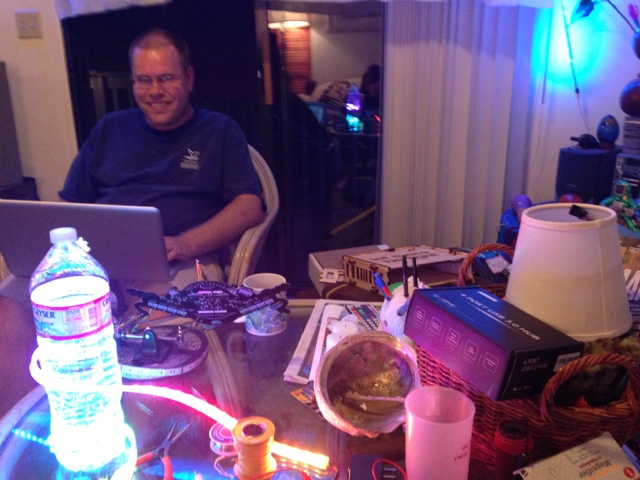 Posted by MauiMacMan at 12:56 PM No comments:

Aloha! We have left the island of Maui due to unforeseen sale of our home office. This leaves founder Peter Rosen and the future of Visionary Artists Resources Including Other Unique Services (V.A.R.I.O.U.S. Media, 501c3) once again up in the air. All records and historic documentation is currently in storage.

Peter is proposing to PUFFIN FOUNDATION the re-establishment of V.A.R.I.O.U.S. Media Ink: The INTERACTIVE Visionary Artists Showcase and Networking Events - first born in 1980; as a means to an end: birthing Creativity Cafe™.

We would like nothing more than to see a network of venues custom tailored to the needs and personality of the CREATIVE PERSON.

If you'd like to be part of our founders team here in NEW JERSEY, please contact Peter through this blog.

Thanks for participating in presenting your art
All rights reserved, copyright 2011-22 by Peter H. Rosen/ V.A.R.I.O.U.S. Media
Posted by MauiMacMan at 10:36 AM 1 comment:

Djin and Me At The End of My Five Years In San Francisco, a photo by Peter MauiMacMan Rosen on Flickr.
Posted by MauiMacMan at 5:42 PM No comments:

MauiMacMan
Maui, Hawaii, United States
What a journey its been...this thing called life. I have had the good fortune to be challenged with physical issues giving me lots of time for learning curves. Then along come the W3 feeding my addiction to learning; mostly about science. Enjoy some of the stories of my life. I publish serveral different blogs and am writing an autobiography from some of these posts and my Adventures: Creativity Cafe's Edutainment Blog
My personal blog of life stories
Creativity Cafe Founder's Corner